Christian Romo was 10 years old when Barack Obama was sworn in as president of the United States, and he was in high school when the Affordable Care Act was signed into law. In an open letter, Romo thanks the President for the achievements and inspiration he brought to the country. “Having your presidency in the background of my transition from adolescence to adulthood has been an extraordinary experience.” Read more at South Kern Sol. 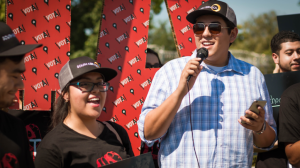