In December, a mosque in Coachella was reportedly targeted by a firebomb. The incident is being investigated as a hate crime. Meanwhile, Coachella Unincorporated youth reporters denounced Islamophobia and called for the community to stand in solidarity. “It’s just another case of demonizing and marginalizing a group of people. As a Chicano, I remember that it was not too long ago when my own parents were part of a group being demonized and marginalized.” Read more on Coachella Unincorporated. 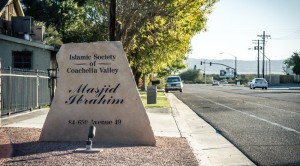